Long-time active NPA member, Glen Deen, passed away Wednesday morning, October 15, 2014, at age 79. Those of you who knew him were aware of his ongoing battle with heart irregularities and shortness of breath. Despite these, Glen’s intense interest in science never wavered. In his last e-mail to me, exactly a month ago, he said that he would shelve his “Globular Cluster Lensing of Galaxies” project in favor of a theory about a comet he thought might impact the full moon on February 3, 2015. He planned to observe it next January. In typical Deen style, the e-mail exuberantly expounded all the details about its coming retrograde motion, coma geometry, and what sort of parameters his telescope would need to capture it. It makes me smile a bitter-sweet smile to read through all these details, and realize that he won’t be around to search for it after all. But I think nothing would please Glen more than to know that someone else, equipped with an adequate telescope, searches in his place.

Glen loved science from the day he was born, May 31, 1935 in Dallas, Texas. As a child, he used his chemistry set to make and sell firecrackers to other kids, built electric motors and a radio-controlled airplane, and eventually became an avid ham radio operator. After earning his BSEE from the University of Texas at Austin in 1960, Glen worked for Collins Radio for nearly a decade. In 1969, Glen founded TaxLogic, a company that processed tax returns for accounting firms, and which eventually made the Inc. Magazine list of 500 fastest growing private companies. 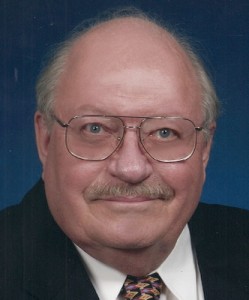 Glen Deen, we will miss you!

His passion for astronomy began in 1980, when he bought a Celestron 8-inch telescope and joined the Texas Astronomical Society (TAS), for which he later served for two years as VP. After coauthoring a mainstream paper in 1991 with Prof. Brian Tinsley, Glen joined the NPA in 1998, when he presented papers on D.C. Miller’s experiments, and their evidence for anisotropy and an ether. Since then, he published a steady stream of papers on anomalies in the solar system, theories of gravity and redshift, and his own ideas about anti-matter and catastrophism. Reading through his papers, especially when supplemented by his voluminous e-mails, one can’t help but be awestruck with Glen’s originality. How did he think of all that? His work may suffer the same fate as Avogadro’s: ignored for decades, only to be rediscovered and fully appreciated much later when someone else finally asks the right questions.

Glen loved the NPA. He edited several proceedings papers and attended no less than eleven NPA conferences in fourteen years (2011 was his last). Evelyn, his wife of 51 years, often joined him, and so became part of the NPA family herself. On behalf of (what was once) the NPA, I hope you join me in extending our very best wishes to her and their son, Robert, and daughter-in-law, Gwen, in this time of grieving. We will miss him, but understand that they will miss him even more.

Thanks again for your help.