The Invention of Four-Plus Dimensions

The Invention of Four-Plus Dimensions

Yet if you carefully think about it, human perception can only make sense of three. And a growing number of dissident scientists believe there are only three.  The multi-dimensional “problem” is not one of science, physics, or even politics.  It is one of math and linguistics.

I’m familiar with linguistics and math.  I have a bachelor in mathematics and a masters in linguistics having worked almost 30 years in the area called “computational lingustics”. This area of study is trying to get computers to understand human language.  My area is not speech recognition but of text recognition: getting computers to read text written by humans and to try and extract information from them that can be useful in databases. People, companies, dates, addresses, resume information, medical information, and more complex ideas such as business or political events.  Sentences like “Company YYY was sold to IBM by the Moose Group for $1.3 billion last quarter” and extract which company was bought what company for how much and when. Many people confuse polyglots with linguists.  Polyglots are people who speak many human languages.  I am a polyglot – but for COMPUTER languages.

When I see and hear people talk about multi-dimensions, more than 3, as a computational linguist, I wondered where this came from.

Full disclosure: I believe there are only 3 dimensions.  The other dimensions are not real physically. 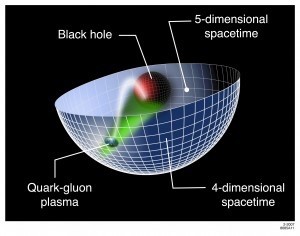 Strings, a completely invented theory has up to 11 to 20 dimensions.  Some dissidents in the CNPS talk about 4 dimension with time being the fourth dimension.

Being a linguist, we know that words exist because they fill needs. The word “dimension” comes from measuring and when you want to locate something in our universe, we can mathematically describe its position by giving its coordinates in 3 measured directions from some point of origin. These are the three dimensions.

We use math to symbolically represent dimensions.  People also started to realize that because there is movement, time is important to describe where objects are in space as related to time. We then added “t” for time to our equations.

Words and the Real World

But then came the linguistic moment where we took a word that had a concrete representation in the world “dimension” for a thing, and applied it to time, or movement.  If you think about it in this way, it is hard to understand how movement can be directly represented by dimension.  Dimension is for length, not time.  Yet somehow we want to apply dimension, a word for length, to the concept of movement. 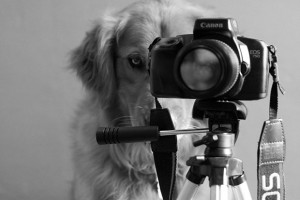 This falls right into the lap of one of my favorite dissident scientists, Glenn Borchardt. His favorite slide is to put up a picture of a dog and ask the audience what that is. Most everyone will say it is a dog.  Glenn will correct them and say it is a picture of a dog. (I got this right since words and meaning are part of my work – Glenn claims I cheated! Now he knows why I got it right.).

Glenn constantly pounds into the heads  of dissident scientists to be very careful with their vocabulary. Energy is not a thing. Don’t objectify things are are concepts but are not real in the real world. Einstein takes space and time, puts them together, and then makes an object “space-time” and then bends it. Very impossible given time is movement and not a thing, and that space is nothing.

Same can be said for the supposed 4th dimension “time”. Those who are prompoents of 4 dimensions call time the “4th dimension”. Dimensions are those things that are measured with a ruler. That is where the word comes from. Time is not something you can measure with a ruler. In fact, the use of time as a dimension defies common sense in the physical world and that is why the layman says they “don’t understand that idea”. The reason they do not understand that logic is not because they are dumb, the reason is because time is NOT a dimension. Their intution is in fact correct. Time is not a dimension because a dimension has the meaning of measure.

Invent Magic When We Fail 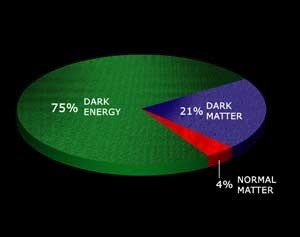 Wherever we fail in science, mainstream science starts to talk as if they are magicians, voodoo masters, or new-age drug salesman. If our gravity equations don’t describe the speed of stars on the edge of galaxies, instead of saying our equations are wrong, we invent “dark matter” or “dark energy” (the latter being especially stupid given energy is not a thing but a concept).

When we introduce time, pressure, temperature, as dimensions, it is because we are trying to make our mathematical world into a magic place of “dimensions beyond the senses”. Space-time: can’t see it but it is there. Neutrinos, can’t detect them directly but they are there because special relativity says there has to be extra energy in the equation.

Dimensions are often used in the movies for magical places like “they live in another dimension”, or “they live in a parallel universe.” The idea that properties of some object is a dimension is where we make a fatal logical step. Many new age science people like space-time, the fourth dimension and say we are limited in our perceptions. They take math that is not physics and say the math dictates the physics and we simply can’t perceive it.

Another problem with physics today is the problem of allowing math to dictate the universe, our experiements, and our theories and forgetting that physics is not mathematics. Mathematics covers a venn diagram much bigger than physics.  Only a small portion of math can be said to may physical sense. Dimensions make physical sense in three dimensions.  They do not make any physical sense for more than 3 – even if the 4th is time and may seem to make some sense. The problem with time is the average person gets that time can be superimposed onto our 3 dimensions and can describe movement of an object.  But time is not a dimension.  That is where the intuition of the average person is totally correct: there are only 3 dimensions.  Time is something else.

This problem comes from the fact that far too often, ,we fall in love with math. I myself love math so much, I got a degree in it. Unlike language for example, math always has a correct answer you can check and you can be 100% correct. You can pretty much say that there is nothing else in life so certain.

When we fall in love with our math and our equations, we often overapply them to the physical world.  For example: I believe the world is all electrical so I try to describe EVERYTHING as electrical.  This is dangerous and is almost always doomed to failure.

So following Glen Borchardt, let’s all take a deep breath and realize there is a difference between a picture of a dog, and a dog itself.  And that just because we call chairs dogs, people dogs, cats dogs, and food dogs, it doesn’t mean they are dogs.  They are not.

The Invention of Four-Plus Dimensions (16)