I was not one of the original reviewers of Steven Bryant‘s new book “Disruptive: Rewriting the rules of physics” (now available on Amazon and Barnes & Noble), so when I received a copy from Steve, I was anxious have the chance to read the book from completely fresh eyes. Well sort of.

I have known Steve for many years through the CNPS (formally the NPA) and am familiar with his work with relativity. A champion for many years on the team of scrutiny, Steven has presented many times at our conferences about the problems with special relativity. He has always been very good at pointing out some of the flaws in relativity in unique and interesting ways, different from those around him.

One thing that has always struck me about Steve is his “modern” attitude towards presentation and argumentation. When he gave his talks at our conferences, you could easily imagine him talking to a room full of corporate managers, techies, or even lawyers. His talks were always well thought out, well-presented, and delivered with the preciseness of the best speakers in a Toast Master’s competition. But his talk at our conferences was to a group more like the pencil-pushing engineers of NASA with their thick glasses, pocket protectors, and more “advanced” age. Most important, these dismantlings of Einstein’s special relativity was always done in an entertaining and down-to-earth way. 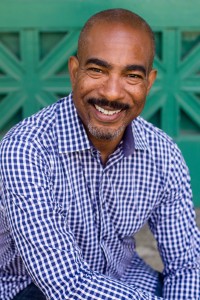 His book, not a big surprise, is cut from the same cloth. He is meticulous to a “T” in his dismantling special relativity in clear and concise language but readers are in for a big treat: this time, Steve has a new solution he introduces in the book: what he calls “modern mechanics”.

My mentor, Dr. Ricardo Carezani is similar to Bryant in that he dismantled special relativity and then offered an alternative. So this is a familiar subject to me.

I have known Steve for many years and besides being a critical thinker, he is a salesman. And his introduction certainly shows this. He starts off with his own curiosities that many of us share including the dream to travel faster than the speed of light.

After that, he delves into math and specifically Einstein’s “spherical wave proof” which is translated directly from Einstein’s paper that helped established special theory of relativity. There is then a rigorous examination of this proof by the author who finds that in Einstein’s proof, a spherical wave, is in fact NOT formed in the moving frame as Einstein states. As Steve points out, it is a transformed sphere or ellipsoid, not a true sphere. His steps are explained in great detail and I leave it to the reader to read for themselves this explanation and can report that the math is simple algebra so most science lovers can follow it.

Motion in Two and Three Systems

Steven develops a roadmap for his Modern Mechanics theory which defines the point, the line, and 3-dimensional space (no, there are not  four dimensions, yea!). These systems which are similar to Borchardt’s micro, macro, and unicosms where Steve defines geometric transforms, bounded systems which he calls a particle, and propagating mediums that can be thought of as waves.

From what I read, I think I can summarize this as a set of systems provide the basis for Steve’s Modern Mechanics which describes motion for all of physics whether it be a particle or a wave.

For Two Systems, there is the “inner” and “outer” system. Again, this is similar to Borchardt’s micro and macrocosms. An inner system can move in an outer system like a person walking on a moving train. Two system motion includes velocity, distance, and time. For Three System motion, there are “oscillations” which include frequency and wavelength. This system describes phenomena such as light. So motion in three systems is comparable to a person walking on a moving train with light waves on that moving train which is also moving.

Modern Mechanics is a theory of movement. After reading through the details, I believe that the Modern Mechanics tries to correct observation with reality. That is, the observed measurements don’t reflect the reality of the system since measuring is done using moving objects themselves. For instance, we measure movement by using the light that is reflected or generated from a moving object and when we adjust for the velocity of the measuring medium (in this case light), we can then calculate the “actual” position of something. To oversimplify, we can know where a star really is by knowing that light travels at “c” and adjusting we, now know the actual position of the star right now. We have to take into account the measuring system.

Bryant goes into detail about “averaging” and I believe that this is what he is talking about. Light goes to an object, comes back, and the length travel needs to be averaged. Don’t quote me though, I may be wrong but that is my interpretation!

The answer to where relativity went wrong, is Steve’s explanation between function and equation. I remember many talks from Steven at our conference and getting the impression that computer science was a heavy influence in his thinking. Me being a computer programmer for 35 years, I understood this this “bent”. He talks of global namespace which is straight out of computer science so I am familiar with this “language”. Don’t worry, he is very meticulous in explaining these terms to the layman.

Again, putting my “English” interpretation (right or wrong), Steve is saying that measuring mathematics has mistakes in it because it does not take into account the moving system of the measuring and the measured.

Experiments and the Future

Bryant then takes his new Modern Mechanics into the realm of real experiments and talks about how it relates to the double-slit experiment and the aether detection experiments of Michelson and Morely.

Bryant also talks about the implications of Modern Mechanics with the possibility opening up for faster-than-light communication.

I don’t want to go through all the explanations because hey, you need to buy the book! For those who are into relativity, this is a MUST book for your library.

It it not surprising to me that the story, the science, and the math are quite well thought out and organized in “Disruptive”. Steve Bryant has not disappointed in that respect. He is a modern presenter with modern ideas and it makes sense that his theory of movement is call “modern mechanics”. Yet, he tells a story easy to follow by most of us. It starts out dreaming of faster-than-light speed and after a very thorough and logical journey including very thorough and precise mathematics and logic, ends up showing that faster-than-light speed is perhaps possible in the real universe – contrary to Einstein.

Steve has pieced together a very viable story of logical arguments that show that his Modern Mechanics is one step after Einstein’s theory of special relativity. It takes into account what Dr. Peter Marquardt states in my documentary “Einstein Wrong – The Miracle Year“, that

“Special Relativity is an observer-related theory that doesn’t have anything to do with the event of effects”  — Dr. Peter Marquardt.

And having seen and read Steven’s work over the years, this book puts together a decade-long journey into the realm of Einstein’s relativity, physical movement, and this fascinating universe we live in.

Well worth the read and study closely.

To buy his book on Amazon: Disruptive: Rewriting the rules of physics