Boca Raton, Florida (July 28, 2015) – The John Chappell Natural Philosophy Society (CNPS) is announcing its first annual conference to be held at Florida Atlantic University from August 5 to 8, 2015 in Boca Raton Florida. Members have been meeting annually for over 20 years and the theme of this new organization’s first annual conference is entitled “Science, Society, and Consensus” and will feature a roundtable discussion featuring Dr. Andrew Bartlett, a sociologist from Cardiff University in the United Kingdom.

The conference will feature CNPS members presenting papers on the latest subjects including gravity, aether, cosmology, expansion tectonics, structures,  and the philosophy of science. There is also a annual banquet honoring science filmmakers whose lifetime work has made significant contributions to science.

The John Chappell Natural Philosophy Society (CNPS) is a world-wide think tank of scientists, professors, engineers and layman who goal is to challenge mainstream theory in physics and cosmology. CNPS founding members have been meeting annually for over 20 years and in 2015, started a new organization in honor of John Chappell, a modern-day pioneer in science that challenges the mainstream.  Members dispute theories such as the big bang, black holes, relativity, and plate tectonics as well as introducing new theories on structure, gravity, expansion tectonics and ether. For more information , see www.naturalphilosophy.org or call 310-991-5744. 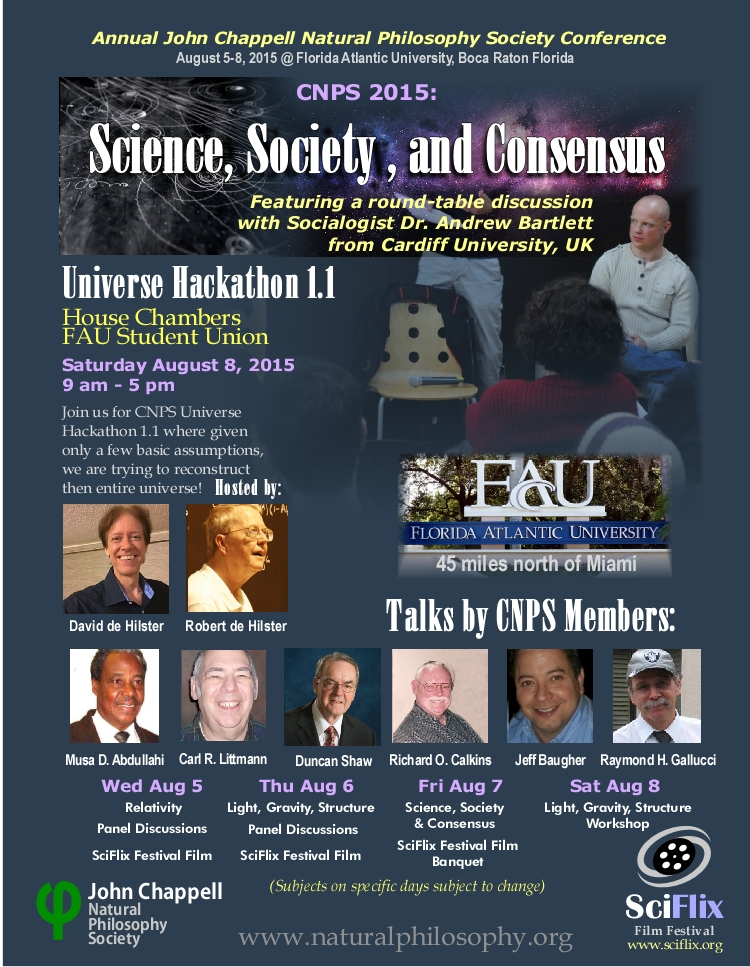