The Black Hole Wars Resume: The Information Paradox Is Back

The Black Hole Wars Resume: The Information Paradox Is Back 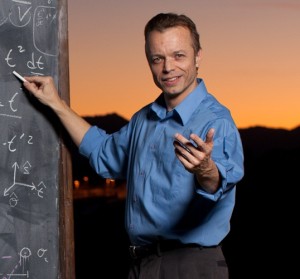 The Black Hole Wars Resume: The Information Paradox Is Back, is a film by Gavin Wince. It is not a science documentary, it is a science film, and that makes it something different in the genre of films reviewed by this writer. In the past only documentaries produced by mainstream media or mainstream scientists have been reviewed. So here is something different. Gavin Wince is a philosopher who is doing mainstream science. But with a difference in that he is critical of the accepted beliefs of the physics establishment. Here he has given us a scientific argument presented in the format of a science film instead of a peer reviewed journal paper. this presents the opportunity to make some observations about the use of a film to make complicated science arguments in a format not constrained by the rules of the peer review scientific journal publishing system. Some of the questions we ought to ask in this review are: Is this type of presentation effective in presenting the case for the claimed conclusion? Is the argument more convincing presented in this manner? Does this type of scientific argument make science accessible to a wider audience than the peer reviewed journal publishing system? Does this film deserve to be considered a valid contribution to science and as such worthy of notice by the science establishment?

In some places on the internet, the film carries the title- Wince Vs. Susskind: The Black Hole Wars Resume. This title makes pretty clear what the real point of the film is. Its purpose is a rebuttal or refutation of the conclusion drawn by Leonard Susskind as a result of the controversy in theoretical physics, called The Black Hole War, that arose between Stephen Hawking, and Lennard Susskind and Gerard ‘T Hooft. This controversy is also known by the more technical name of the information paradox in black holes. That is the new subtitle of the version of the film reviewed here.  In the film, Wince presents the argument that the information paradox was not resolved in the way that Leonard Susskind concludes and so the information paradox is back and physics needs to address the problem. 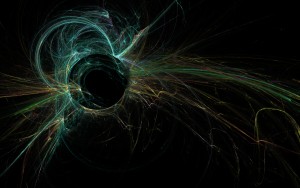 It is strongly recommended that the reader view this film. There are a number of reasons it is recommended. In the first place it does not suffer from the rather glaring flaws of many science documentaries. These include talking down to the audience from a high horse of superiority, treating the scientists as delivering sacrosanct holy words, making the subject into a science fiction to make it appear fantastic and amazing, and failing to take a critical viewpoint on the subject by neglecting to point out criticism and alternative viewpoints or arguments. To be frank, some of these points don’t apply because the film is a polemic argument, and its purpose is to make the case for the argument being presented. But as polemic it it does not present the case in a deceptive or misleading way, as is done in many science documentary films. There is a healthy dose of humor, and in particular the theme of presenting the debate as a media event analogous to an sports event described as The Great Gedanken Games is entertaining and delightful. This writer particularly likes the way the media are described as “thoughtscasters”. There is so much truth in that, that the sad reality of “thoughtcasters” in our daily lives becomes humorous. Simply put, the film is refreshingly entertaining and it makes a dry obscure subject interesting and enjoyable. 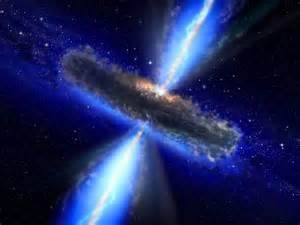 To be perfectly clear, Gavin Wince is not a dissident scientist, although his film is a polemical attack upon a currently accepted mainstream truth. It is accepted throughout the film that black holes do exist, that they have been discovered in the thousands and millions, and that there is no question as to the validity of mainstream physics such as general relativity and quantum mechanics. Throughout the film, this writer was wondering why the Black Hole War does not lead to the obvious conclusion that black holes can not possibly exist, because they result in an obvious paradox that invalidates the theory that posits that they ought to exist. In other words, the information paradox ought to be a very good argument for why black holes are just a bad theoretical idea. getting rid of them would certainly resolve the difficulty and eliminate the paradox in an entirely satisfactorily way. However, this resolution seems to be beyond the thought process of the participants in the black hole war. that is the war is about a absurdity, the idea of a black hole. So the simplest way to restore sanity to physics is to banish the black hole. The primary reason for doing this is the fact that the mathematics leading to a black hole is now known to be a math mistake. So the debate is about an idealized mathematical entity whose existence is based upon a mathematical error, and it seems that the mistake was not detected, and so a lot of research was developed upon a misconception culminating in the idea that massive collapsed objects are actually real in nature. The absurdity of this, is entirely missed by the film. There the existence of black holes is assumed to be valid, and the resulting paradox is never questioned as stemming from a bad theory of physics.

The Black Hole Wars Resume film is very a very entertaining film, and it presents the information paradox problem in a way that is clear and understandable. The argument that opposes the solution proposed by Leonard Susskind is made well but suffers form a bit of complexity in the presentation. The writer was convinced even though the reasoning seemed a bit too complicated. The symmetry argument is unnecessary in this writers opinion because the idea that there can be two different realities at the same time is so obviously absurd that one does not need to belabor the point by the argument as presented by Wince. This viewer was convinced that the Susskind argument was false before viewing this film however, so my opinion does not reflect well regarding how an actual mainstream physicist would react. As far as a informed layman is concerned, the argument should be convincing to him. But I don’t think that the argument is going to be won by convincing educated laymen.

As an educational tool, the film has a lot of promise. The film keeps the viewer interested and commands his attention, up to the point towards the end where the argument gets technical. It carried the day with this reviewer, but as said before, this viewer was predisposed to reject the Susskind argument before viewing the film.

The Black Hole Wars Resume: The Information Paradox Is Back (1)