This discussion is about the encounter of a genius, Dr Carl Andrew Zapffe, with relativity physics. There are two main points. The first is that Dr Zapffe was not a fool or an ignorant person, he was trained scientist who, when he investigated the arcane details of relativity, discovered that Einstein had made a mistake. Being a conscientious person he felt obligated to bring this to the attention of the scientific community. Our story is about how his views were received. How one famous author of relativity books concluded that he was a “cod“, and how NASA rejected his idea to perform a crucial experiment that would determine once and for all the validity of the foundations of relativity.

The present writer discovered Dr. Zapffe’s work at a second hand bookstore in Rockville, MD. After purchasing used books on relativity, he noticed that the owner had in a number of cases, provided rather colorful annotations, and commentary. These comments were not always favorable, and often critical of the writers work. It soon became apparent that the owner, was a Dr. Carl Andrew Zapffe, and that he didn’t much believe in the relativity theory contained in those second hand books.

David Tombe on left, pilot, and Andrew Zapffe On Right

For many years, Dr. Zapffe remained merely a curious book owner who didn’t believe in the traditional interpretation of relativity. Then years later, at the same bookstore, when I discovered a book that he had written on relativity, the opinions of the mysterious Doctor became a really interesting subject.

Dr. Zapffe was trained as a professional metallurgist. A curious occupation for a critic of relativity. He was a universal genius, adept in many diverse fields of endeavor. On his official letterhead he described himself as Dr. Carl A. Zapffe, B.S., M.S., Sc. D., D. Eng. hon. Professional Engineer, Metallurgy, Physics, Chemistry, Fractology, Geology, Space Sciences. An Internet search reveals that he published books on Metallurgy, Minnesota folklore and history, and of course relativity physics. He was also a scoutmaster of Baltimore troop 35. See the following link for a short summary of his views on relativity http://www.epsilonprime.org/einstein.htm.

The particular book that came into this writers possession has the rather daunting title: A Reminder on E=mc2, m=mo(1-v2/c2)-½, & N=Noe-t’. This title being the title for a paper, which had been submitted many times for publication, but had always been rejected. So Dr. Zapffe paid to publish it himself. The book is a collection of rejected essays on relativity and a running commentary on his failed efforts to publish his views in scientific journals. In many ways, the book is similar to Dingle’s Science At The Crossroads. They both document efforts to break through the rigid barriers of the scientific establishment with regard to criticism of relativity.

It is generally believed that Petr Beckman was the first to propose the idea that the gravitational field of the earth defines the electromagnetic reference frame for light waves in the vicinity of the earth. (see http://www.jamesphogan.com/bb/content/102997-2.shtml)
This idea has been gaining popularity in recent years. It is clear that Dr. Carl A. Zapffe, developed a similar explanation of the null result for the Michelson-Morley experiment in 1967, and in 1972 proposed that a test of this be performed by NASA by “trailing an interferometer through outer space“.

According to his account, Dr. Zapffe became interested in relativistic physics around 1963. This was the heyday of modern cosmology and relativistic astrophysics. The steady-state and big bang theories were competing head-to-head. Dr. Zapffe was drawn to the fascinating study of geometrodynamics. He was filled with admiration for its foremost proponent Dr. John Wheeler. Filled with zeal, he dived into the study of relativistic physics. But, during his studies his perceptive and trained mind, uncovered some big problems. One significant difference between professional engineers and mathematical scientists, is that the engineers are trained by their profession to find and uncover the source of problems and difficulties through testing by experimenting and by logical analysis of the results. Mathematical physicists on the other hand are engaged in building elaborate castles in the sky, and they are usually not concerned with how their theories are to actually be tested and verified. Dr. Zapffe, soon uncovered a number of reasons to doubt the theory of relativity, and felt that his discovery ought to be shared with the experts.

Although our Dr. Zapffe was certainly a genius, he lacked the social skills needed to participate in the elite society of relativistic physics, where the first rule is to never criticize Einstein. A second rule, particularly among status conscious European academics, is that titles and memberships are more important than the work you have actually done. But, Dr. Zapffe was only an American professional Metallurgist, and was unaware of the elite nature of the physics establishment. Unaware of the first rule, our genius, who had discovered a number of problems with the establishment theory, sought to resolve them in the manner of engineers. Having found a problem, you let people know about it so they can fix it. But, this “can do” practicality was totally foreign to the status conscious physics elite.

To help publicize his views he joined an international society, the I.S.G.R.G. and of course provided this affiliation on his published materials and manuscripts submitted for publication. But, there was a problem. In the preparation of documents, he mistakenly stated he was the member of the I.C.G.R.G. which was apparently the elite committee which ran the I.S.G.R.G. When the members of the committee, discovered that a mere member of the society was claiming to be a member of the elite committee, and using this claim to apparently obtain publication of his views critical of Einstein, there was an angry reaction. He immediately became an unwelcome person, in the elite committee as well as the society.

The reaction is best expressed in a letter from J.L. Synge who wrote to say “my present diagnosis is that you are a cod, to use that word as we sometimes do in Ireland…as a noun it means a hoax.” Later Synge wrote to say “you seem to be more stupid than anyone I have met in a long academic career”. Of course, the erstwhile Dr. Zapffe was entirely crushed.

The point of this story is to illustrate two things. The first is that Dr. Herbert Dingle tells a similar story about the famous relativist J.L. Synge. In his book, Science AT The Crossroads, Dingle tells how Synge led him to believe that he was seriously considering Dingle’s arguments about the inconsistency of the special theory of relativity, and then after a long and arduous correspondence, pulled the rug out from under him, by completely reversing his apparent support for Dingle’s thesis just at the point which was most embarrassing for Dingle.

So it appears that it was Synge, who was the cod or the perpetrator of the hoax. He did the same with Dr. Zapffe. Leading him to believe that he really was seriously interested in his conclusions and discussing the mistakes in the theory which he had uncovered. But it was all a big joke. He was merely waiting for the opportunity to pull out the rug and teach the erstwhile Dr. Zapffe a lesson, don’t mess with Einstein.

The events described above occurred in 1978. In 1972 he had proposed a flying interferometer experiment to NASA based upon his discovery of Einstein’s 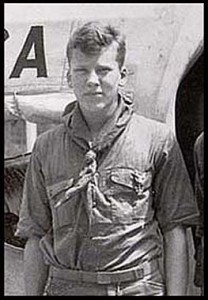 mistake. But there was a difference in the reactions of 1972 and 1978. In 1972 his proposal was met by bureaucratic indifference. It is quite certain, that underneath the obtuse bureaucratic response to his attempts to get the attention of a money flush NASA, in order to address a momentous problem in physics, he was viewed as a cod, although he was officially treated with a bureaucratic denseness befitting that governmental agency. It seems that the world was not ready for an experiment that might upset Einstein.

In 1980 there was a second attempt to interest NASA in the idea of a flying interferometer to test the special theory of relativity and to investigate and map the possibility of a gravitational “magneto sheath“. Although the discovery of this would have been as significant as the discovery of the magneto sheath, NASA was simply not interested in an idea that they could not understand. They were committed to the Einstein paradigm.

Today, when the rigid acceptance of Einstein’s relativity is gradually changing, the idea of a Michelson interferometer in outer space doesn’t seem as absurd as it apparently did to the bureaucrats of NASA, or the editors of physics journals in the 1970’s. Today it seems like a very desirable experiment for a number of reasons. First, it is generally the practice in science to repeat experiments when there is some doubt about the conditions of the experiment affecting the results. Second, there is always a need to increase the accuracy of the experiment by making improvements in the instruments. So purely on the basis that the experimental accuracy could be significantly increased, there is a good reason for a space interferometer.

It is generally believed that such an experiment would give null results. This is a myth that needs to be addressed. None of the experiments give a null result, there have always been fringe shifts. But they were fairly small and attributable to experimental errors. Temperature variations and vibration for example. Another explanation is that the instruments detect daily variations in fringe shifts due to the earths rotation. This effect is well known from a number of experiments. The most famous is the Michelson-Gale experiment which detected the rotation of the earth. This is not supposed to be possible. It is clear that there are fringe shifts, and that modern physics does not have a good theory to explain them. Opponents of relativity claim that they reveal the ether drift of the earth through space. This claim needs to be tested. But it has been ignored, because a positive result might upset the physics establishment. But isn’t this what science is supposed to be about?