Einstein Was Wrong -- and Stokes Also

Einstein Was Wrong — and Stokes Also

Einstein increased the confusion in physics. This confusion had the effect that it was not observed that Stokes already had caused a confusion regarding the concepts waves or particles in light. Dissidents have been occupied by Einstein. Therefore many experiments have been interpreted in error.

Behavior of Light and Ether

Light in a laser cavity or in an interferometer is defined by the state of motion of the ether and the orientation of parallel mirrors. A relative motion of test equipment in relation to ether is therefore without relevance as long as this motion falls inside the plane of defining mirrors. This follows from the fact that boundary conditions regarding light waves are not changed. It follows also from the fact that light must take the fastest way in the frame of the ether between mirrors. A third reason is that ether wind inside a wave front has the same effect in all points in the wave front. This means that in these kinds of equipment wave fronts are always parallel to defining mirrors independent of transverse ether wind. The real motion of light, that is the vector sum c+v, is observable in the beam of focused light, but not in the wave fronts inside that beam. 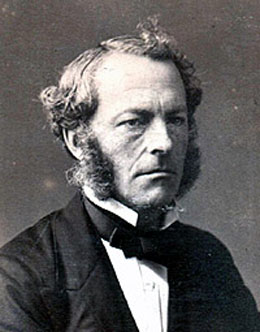 In the frame of the ether we always have light speed c in a direction orthogonal to  mirrors. In the frame of the equipment we get (c^2+v^2)^1/2 due to transverse ether wind w and c+-v due to longitudinal ether wind v. This is logical and means that Stokes was wrong when he presented the diagram in Fig 1 in Light Without Energy  or Fig 2 in The Falling Ether assuming that wave fronts are tilted by ether wind inside themselves.  This includes a tacit and unfounded assumption that light has to return to the same point on the mirrors. This started the wave or particle confusion. Einstein accepted this mistake but interpreted it in his own way. He reused the error to motivate his own error regarding dilation of time. Time dilation is an illusion produced by clock dilation. Orbiting electrons in atomic clocks are changing speed during a period of orbiting due to the ether wind and the clock frequency is thereby reduced. We do not need elastic time.

A telescope detects also wave front orientation and not real motion. Transverse ether wind is not relevant in telescopes either. However, the transverse motion u of the detector becomes relevant and causes a telescope error u/c due to finite light speed inside the telescope. Stellar aberration can therefore reveal observer motion but not ether motion. Since wave fronts do not tilt Bradley’s interpretation for light particles must be valid for waves as well.

A flow of information transferred by the ether between atoms is controlling the separation between atoms. This 2-way interchange of information is dependent on the ether wind in the same way as the 2-way light in Michelson’s interferometer. This leads to a contraction of physical objects. The effect searched by Michelson is thereby compensated. Physical objects have therefore an elasticity in relation to the ether wind. This physical property means that we do not need the metaphysical concept elasticity in space.

A wave front cannot be tilted by an ether wind inside the front. The cause of such a tilting is a gradient in longitudinal ether wind. By missing this fact Stokes caused the wave or particle confusion. The many errors by Einstein are built on this error by Stokes. See Stokes Was Wrong.

The interpretations given here indicate that stellar aberration and Michelson and Morley’s experiments are useless in relation to the ether wind. Instead we can see a first order effect in the Sagnac effect observed when GPS time stations on Earth are synchronized. Second order effects of ether wind are observed in the Pioneer anomaly, (see Pioneer Anomaly and the Ether Wind) and in the behavior of atomic clocks (see Light without Energy) and in the bending of light near our sun due to a gradient in the longitudinal ether wind.

Einstein Was Wrong — and Stokes Also (5)