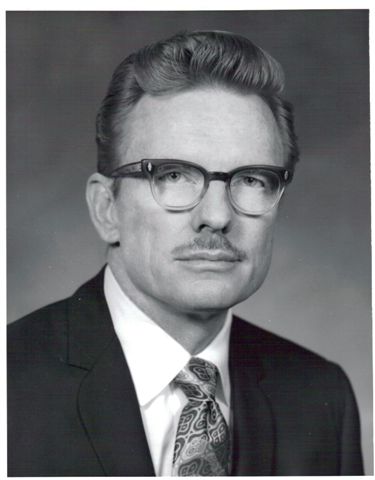 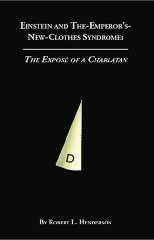 View count: 1
Buy it now
Einstein and The-Emperor's-New-Clothes Syndrome: The Expose of a Charlatan
by Robert L. Henderson

The purpose of this book is to explain how, through a strange set of circumstances, Albert Einstein became hailed as both the greatest scientist of all time and the greatest man of the 20th century. This is particularly puzzling since he was perhaps the most irrational person ever to masquerade as a mathematician or scientist. The book explains how all of Einstein's impossible concepts of the world around us--as well as his unintelligible attempts to mathematically express those concepts--became accepted solely through operation of The-Emperor's-New-Clothes syndrome: the most egregious example of this syndrome that has ever occurred. 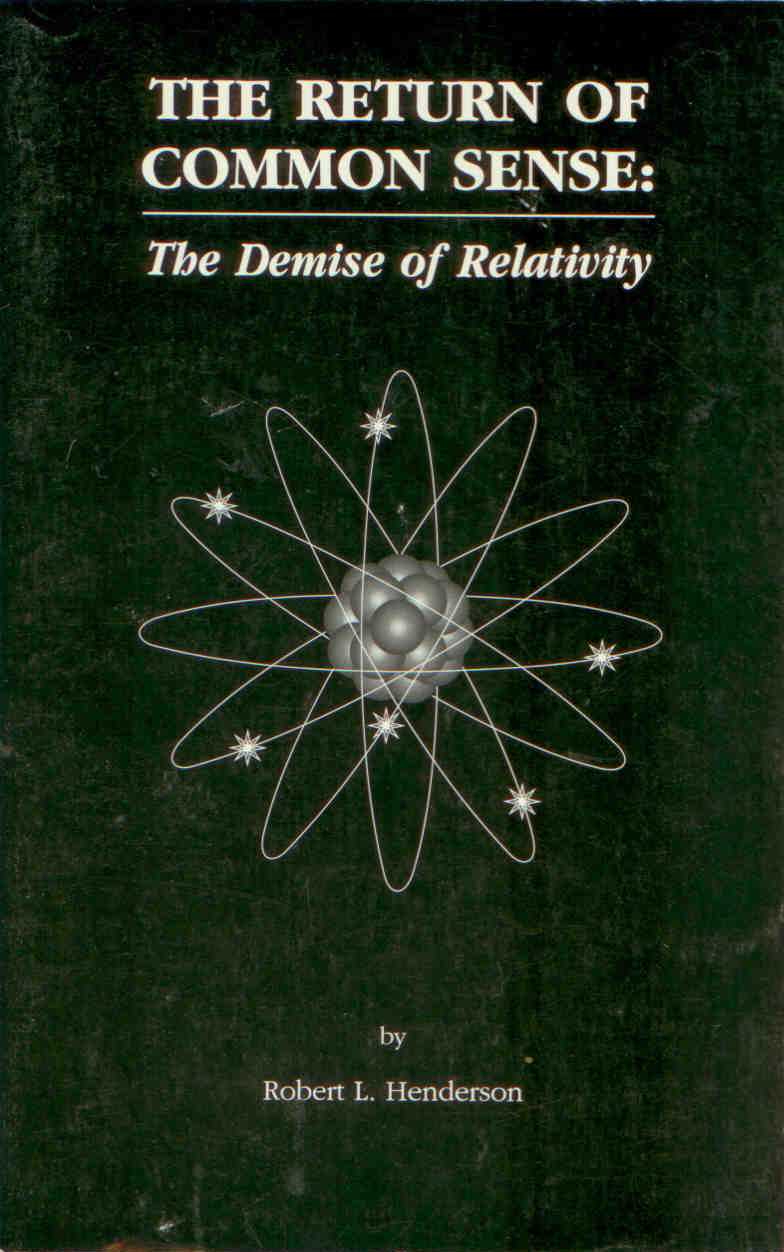 View count: 1
Buy it now
The Return of Common Sense: The Demise of Relativity
by Robert L. Henderson

It is the writer's contention that the concepts of relativity have been an impediment to the rational progress of science for the last hundred years. Although it has always been assumed that the scientific process was based on sound, verified facts, systematically accumulated and woven into a tapestry of rational, understandable knowledge, such has not been the case since the inception of relativity.

Whereas relativity attempts to explain the properties of light propagation with mysterious contradictions of physical dimensions and time rates-of-flow, and properties of gravity with the so-called "space-time curvatures," it is shown in this book that these explanations do not portray the physical universe in a rational manner.

In place of the irrational explanations of relativity, it is shown that only the properties of a universal medium in the form of an energy field - previously assumed to be the light-conducting "luminiferous ether" - can rationally explain the phenomenon of light and gravity. Furthermore, it is shown how this same field provides explanations for nuclear binding forces, nuclear energy, radioactivity, the origin of matter, and the macroscopic configuration of the universe as well.

In addition, it is shown that the so-called "Big-Bang" theory of the expanding universe is ill conceived and that only a steady-state cosmology can rationally account for the observed configuration of the universe.

This book is written primarily for the general public; only a high school education is required to understand it completely. Although some elementary mathematics is incorporated, it is only included as an adjunct to verbal explanations which are understandable in themselves. - From the back cover 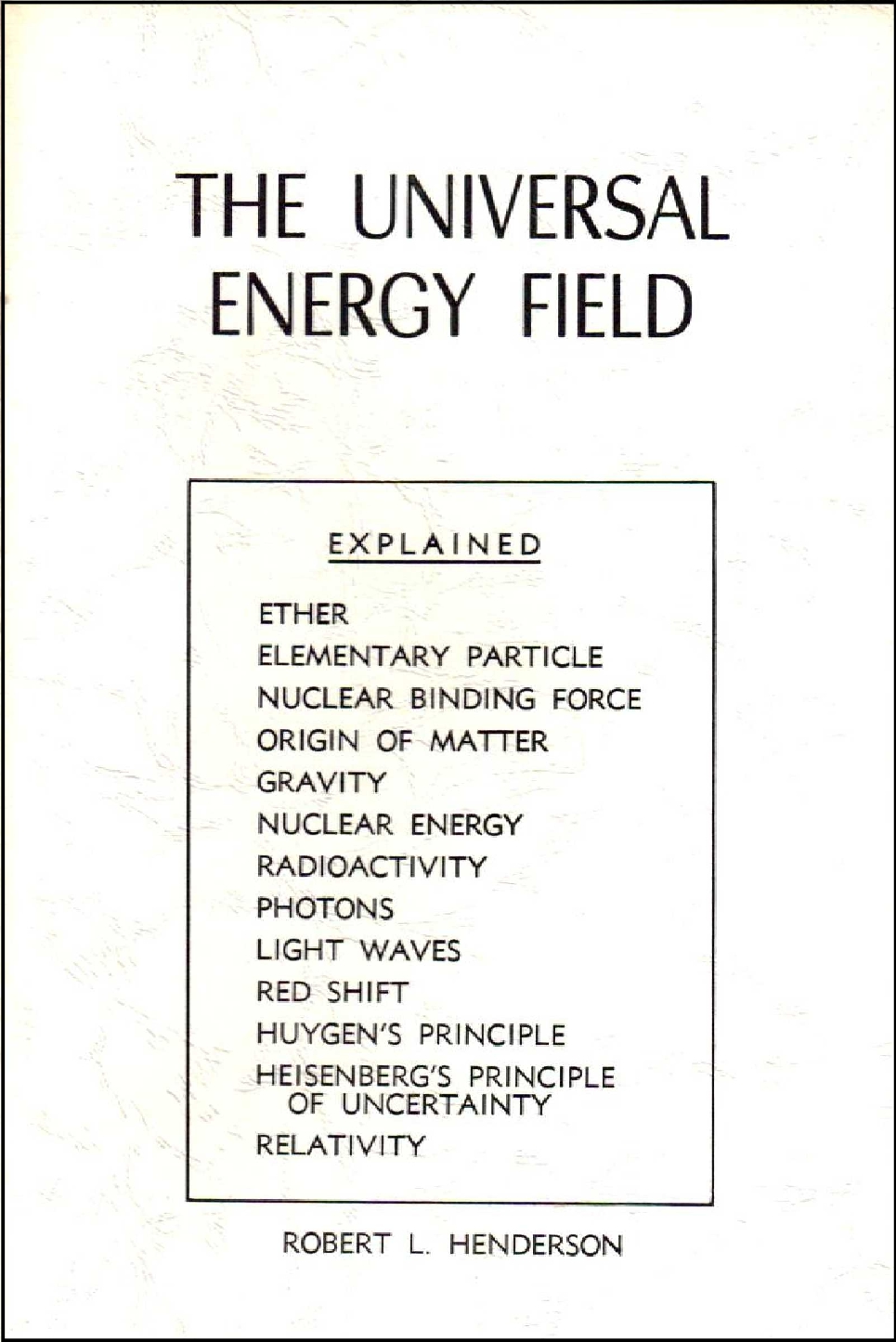 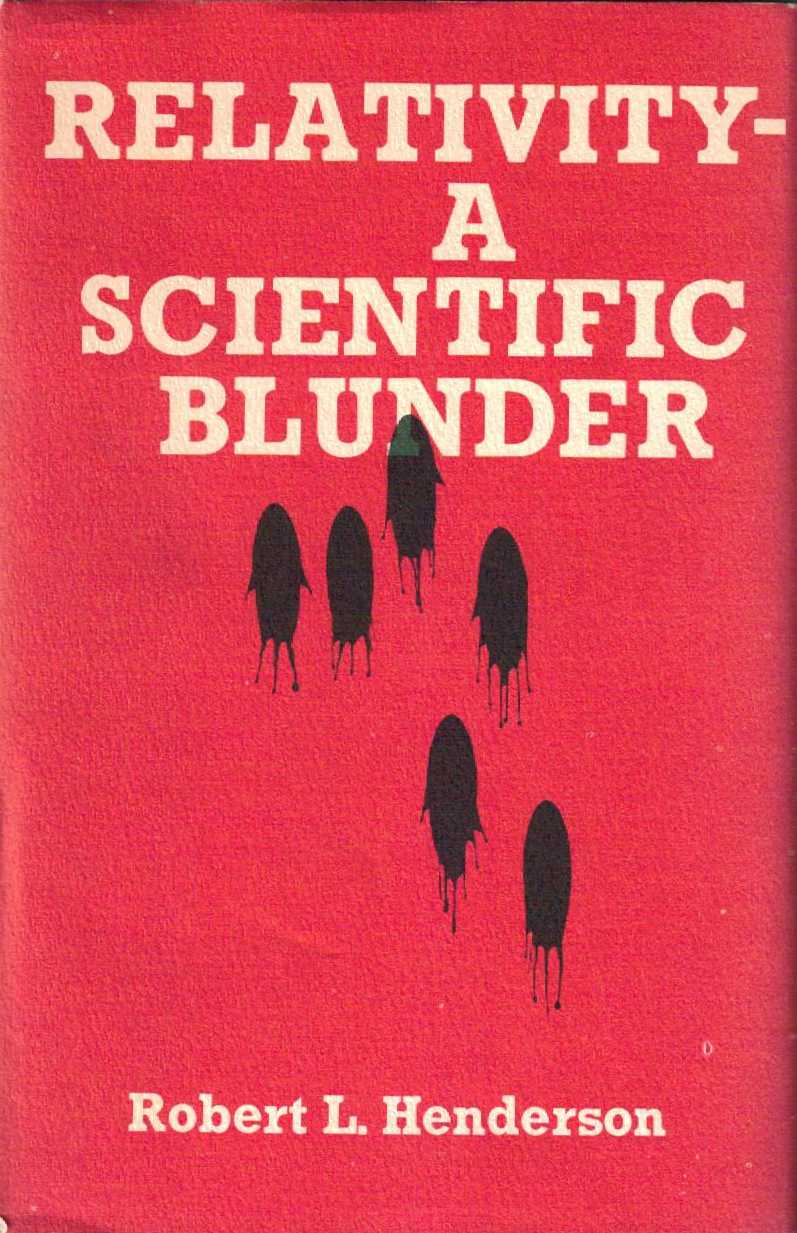