The Physics of the Twin Paradox

The Physics of the Twin Paradox

As Harry pointed out, Einstein in his 1905 Special Relativity paper made errors in math and in philosophy. In addition, Einstein redefined “time” and he did it with virtually no discussion of why “time” needed redefining or even that he was making a major change in current thinking on the metaphysics of “time”. And Einstein redefined “time” in terms of the speed of light no less!!! Even more shocking, the physics world accepted Special Relativity, albeit slowly, with virtually no discussion of this major redefinition of “time”! It should have been clear to all that the 1905 paper’s implicit claim that “time” itself changes as a function of relative velocity leads to immediate and obvious contradictions as soon as one considers multiple observers. To be fair, initially many prominent physicists did point out these glaring inconsistencies at least until 1919 when Eddington allegedly showed General Relativity had been verified by his solar eclipse observations. After that alleged confirmation of relativity, discussion of obvious contradictions in Special Relativity were first mocked and then censored.

However, debate on the Twin Paradox continued as the paradox centered on the difference in accumulated proper time. Proper time is operationally defined and is an observer independent and absolute construct. Proper time is the amount of accumulated time on a clock between events that are on that clock’s worldline. Hence, proper time is a pure physics construct and avoids the vagaries surrounding philosophical musing about “time”.  In addition, proper time is cumulative so if a clock runs slow on a roundtrip, there’s concrete evidence of that slowing upon the return as the roundtrip clock will show less accumulated proper time. This is in contrast to other relativistic phenomena such as length contraction or mass increase as at the end of a round trip any evidence of length contraction or mass increase will have disappeared.

In his 1905 Special Relativity paper, Einstein claimed that if two identical clocks started together and one clock made a round trip, then Special Relativity’s time dilation equation predicted that the clock that made the round trip would accumulate less proper time than the “stay-at-home” clock and further the net proper time difference would be a function of the relative velocity between the two clocks. Many immediately noted that this claim seems at odds with the Relativity Principle and at odds with the time dilation equation, which is a function of the (squared) relative velocity between the two clocks, as the (squared) relative velocity between the two clocks is the same for both clocks. Thus basic logic, if Special Relativity was applied consistently, would argue that both clocks should be slower than the other. As Dingle, and not a few other prominent physicists, have argued, “the theory [Special Relativity] unavoidably requires that A works more slowly than B and B more slowly than A –which it requires no super-intelligence to see is impossible.”

The relativists first tried to reconcile the asymmetric net proper time difference in the Twin Paradox with Special Relativity’s inherently symmetric time dilation equation by arguing that since, in the middle of the round trip, the “traveling” clock accelerated in its turnaround, the traveling observer/clock could not use Special Relativity when computing proper time for the “stay-at-home” clock. Briefly, this approach had two problems, namely:

Even if one ignored 1 & 2 above, analysis of two simultaneous Twin Paradox scenarios where the roles of frames A and B were switched for the 2nd scenario would quickly and obviously show a contradiction in what Special Relativity predicted.

However, as Harry so clearly pointed out when such obvious concerns were raised by prominent physicists such as Dr. Sachs, they would be figuratively tarred and feathered and run out of the physics community at least until censorship allowed the “Special Relativity problem” to be swept under the rug.

Other mainstream attempts at reconciliation arguments fail because instead of consistently using proper time, they mix proper time and “observed time” where the latter is, in general, NOT consistent with proper time.

Below I reference http://twinparadox.net/ and the pages  “Report” and “Mainstream Response”, which can be selected from the navigation bar in the left hand column  of that website. Other pages in that website that address the Twin Paradox are  “Open Letter On Twin Paradox”, “Can’t Be Due To Relative Velocity”, “Can’t Be Due To Turnaround Acceleration” and “Time Difference Accumulation Is Not Indeterminate”. 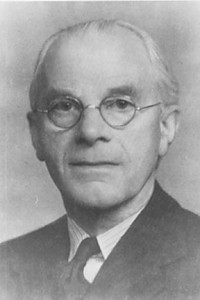 Interestingly, while relativists continued to praise Einstein and vilify Sachs and Dingle, etc. when they argued about the Twin Paradox, the relativists seemed unaware that Einstein had explicitly expressed his own concerns and had abandoned his claim that Special Relativity predicted a net time difference in a Twin Paradox scenario. (For details on this, go to the above referenced Report page, and see Sachs’ comments (in blue) and see the Unnikrishnan reference). Note that a direct corollary of the Twin Paradox claim being disproven/abandoned is that Special Relativity’s time dilation equation can NOT be used to explain any proper time differences as a function of relative velocity as all such claims, if used consistently, would yield the same contradictions and problems as the original Twin Paradox claim and even Einstein was forced to abandon that claim.

Unfortunately, even straightforward, QED logic arguments showing that Special Relativity is fundamentally flawed have had no effect on relativists. The relativists seem so confident in their belief system (i.e., Special Relativity), that when confronted with logic problems, serious analysis is not required, especially if they can utter a plausible sounding rebuttal – they also feel no need to examine their rebuttal to determine if it itself is flawed – see the Mainstream Response page at http://twinparadox.net/ .

Therefore, I will add another blog entry that discusses how, contrary to mainstream claims, the empirical data refutes Special Relativity’s time dilation equation.

The Physics of the Twin Paradox (3)