Restoring Time To the Physics of Space & Time

Restoring Time To the Physics of Space & Time

Lee Smolin, in his book “Time Reborn”, develops the thesis that “time’ has been gradually removed from physics with the final denouement for “time” being the creation of Special and General Relativity. The equations of modern physics, of course, still contain the variable “t” for time. However, the essence of time such as its inexorable movement forward and the basic construct of past-present-future have been removed from relativity and even been denounced by relativity. 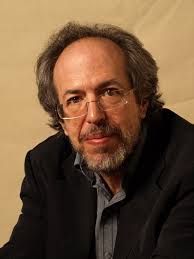 Smolin goes on to explain why this removal of “time” from physics has been a major obstacle to advancement in certain areas of physics. One might think that Smolin would then recommend abandoning relativity theory and replacing it with a theory that fully incorporates time. However, Smolin has been a lifelong, ardent admirer of Einstein and relativity so he “solves” his dilemma in a way that, in my opinion, is rather Rube Goldberg like.

[So here’s still another example of what I wrote about before, namely, a mainstream physicist seeing this or that problem in relativity and coming up with a (non-relativity) fix and yet remaining an ardent adherent to relativity. This is by no means a rare phenomenon.]

Smolin is a brilliant man and an independent voice in many areas of physics, but he’s wedded to relativity. His book, “Time Reborn”, is well worth reading if one has an interest in this topic. I agree with Smolin that “time” needs to be restored to modern physics. However, I advocate a different solution than his.

Simultaneity is an essential construct in understanding physics as it’s needed to understand the relationship of events with other events that are at some distance apart. It’s a key construct in physics, astronomy and cosmology.

Yet, simultaneity seems the most straightforward of constructs. If one gets a light signal from an event at noon and if, by virtue of one’s knowledge of rudimentary physics, one knows that it took 10 minutes for the light signal’s travel, then one can meaningfully say that the light signal was emitted from that event simultaneously with one’s clock reading noon minus 10 minutes. Analogous statements can be made using sound waves, gravity waves, etc.

In fact, despite the mainstream’s embracing the concept of relative simultaneity, the mainstream uses and acknowledges the validity of absolute simultaneity in much of what they say about “spacetime” physics, astronomy and cosmology. For example, they talk about light from a distant star taking 10 million years to arrive on the earth. Basically, that says that the light was emitted from that star at “Now” minus 10 million years. Or they conclude that the universe started with a Big Bang 13 billion years ago – these types of calculations assumes that the concept of (absolute) simultaneity is valid.

Special Relativity introduced the concept of relative simultaneity. This concept took much of the physics out of “spacetime” physics. As Smolin points out it undermines the concepts of cause and effect and the flow of time and (universal) past-present-future. 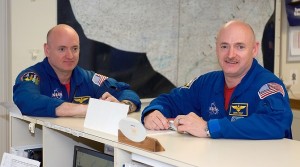 When we ask “How does the net proper time difference in a Twin Paradox scenario accumulate?“, the relativist’s answer is, in effect, “It’s inherently unknowable” – that is no specifics can be given (see the  Mainstream Response page at http://twinparadox.net/ ). We would tend to agree with that answer as long as it is qualified as “unknowable in the context of Special and General Relativity“. (Note that using Lorentz Relativity or the findings of empirical data, one can straightforwardly give exact answers to the above question without the slightest hint of a paradox or contradiction.)

We differ with the mainstream’s reason for contending the answer is unknowable. Using Einsteinian Relativity, the mainstream notes that different observers have different views on which events on the traveling twin’s worldline are simultaneous with which events on the stay-at-home twin’s worldline, so they allege that one cannot compare the twin’s proper times when the twins are apart.. We would agree that one cannot use Special Relativity to address the question at hand as it mixes observed time and proper time

However, because Special Relativity is built on a false assumption, namely, the constancy of the speed of light for all inertial frames, the resulting construct of relative simultaneity itself leads to contradictions.

For example, when I ask a relativist if half the net proper time difference for a classic Twin Paradox scenario arises in the outbound half of the roundtrip, the relativists claims it’s unknowable for the reasons described above (i.e, Special Relativity says we can’t tell what stay-at-home clock reading is simultaneous with the traveling twin’s instantaneously coming to rest again in the stay-at-home frame during his “midpoint” turnaround).

Again, we agree with the mainstream that one cannot use the concept of simultaneity in Special Relativity for the above question. However, since there is complete symmetry between the outbound and inbound segments of the round trip except for the direction of travel, the implication is, in the context of Einsteinian Relativity, that half the net proper time difference accumulates in the outbound segment and half in the inbound segment regardless of which frame is used as the stay-at-home frame. So we see that trying to use “relative simultaneity”, even in the context of Special Relativity, leads to a logic contradiction. 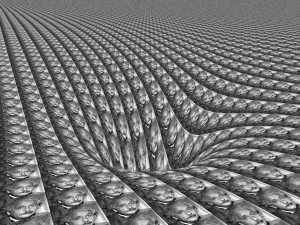 Instead of following relativity by redefining “time” in terms of the speed of light and merging space and time into a single 4D construct called “spacetime” where time and morph into space and space can morph into time and both can become curved and warped, I’d suggest putting aside the vagaries of the metaphysics of “time” and build physics on the physical construct of proper time. Proper time is a true physics construct. It’s operationally defined and absolute and observer independent. It can also be the basis for resurrecting the construct of absolute simultaneity and restoring meaningful physics in the area of the physics of space and time.

Let’s talk conceptually. If we have identical clocks spread throughout the universe and we know what physical effects speed up or slow down proper time accumulation for that set of identical clocks, then we can define universal time and restore the construct of absolute simultaneity.

For example, if we have a set of clocks on earth and a set of clocks a billion light years away and we know the latter clock accumulates proper time ist half the rate of our earth clocks, then we can relate the readings of the two sets of clocks and know what events are simultaneous for the two locations – despite the fact that the readings on the clocks and their inherent rates are quite different.

GPS As a Model Of Workable Space & Time Physics 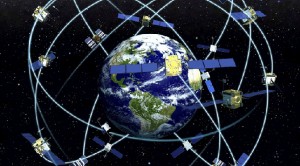 In fact, the proposal for a new approach to Space & Time physics has been implemented and it works fantastically well to a high degree of precision. It’s GPS. In GPS, all the earthbound clocks are synchronized and inherently run at the same rate. The set of satellite clocks would run at a different rate as their clock rates are influenced by their higher absolute velocity and by their higher gravitational potential. However, their clock rates are adjusted, taking into account our knowledge about how clock rates are affected by those two factors, so that the satellite clock rates match the earth bound clock rates. So a “universal” time system has been implemented (at least for the vicinity of the earth) and that model could be extended using the same basic techniques wider and wider to solar system to galaxy to the whole universe. GPS requires that absolute simultaneity be implemented and it works so that it can identify locations on the entire earth to within two centimeters. GPS is built on using proper time and on Lorentz’s clock retardation as a function of absolute velocity

In contrast to Special Relativity, the above outlines an approach to common sense physics that has been shown to work to high precision by GPS.

Restoring Time To the Physics of Space & Time (12)