The scientific method, regardless of how it was actually applied, was never thought to restrict thinking to just supporting currently accepted theory as that would ensure stagnation. 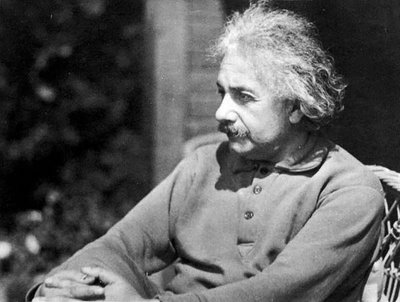 Relativists were taught relativity. There has been little fundamental change for the past 100 years since General Relativity was formulated and, hence, relativists have never engaged in critical thinking. Any alternatives to relativity have been viewed dismissively or just ignored. Further, relativists have the greatest confidence in currently accepted theory as it’s claimed the empirical data has confirmed it to the nth degree, it’s the foundation of modern physics and its mathematics are highly pleasing aesthetically.

Similarly, in the closely related field of cosmology, there has been little fundamental change since the advent of Big Bang theory although lots of additional detail, based primarily on mathematical speculations, has been added. Yet, equal confidence is placed on the current Big Bang cosmology model.

This absence of any sense of critical thinking can have two side effects. First, if one designs an experiment with that mindset to prove relativity, then one is assured of proving relativity no matter what. For example, the great turning point in the acceptance of General Relativity, and by association Special Relativity, was Arthur Stanley Eddington’s claim that his observations of the May 29, 1919 solar eclipse confirmed General Relativity. Decades later the data was analyzed and seen to have shown no such confirmation. Long before Eddington made the eclipse observations it was well known that Eddington was an ardent advocate for General Relativity, at least partly because of its mathematical aesthetics.

Second, if one sets out to find something, especially if lots of money has been spent specifically for that purpose, one will tend to “find” that something. For example, George Smoot and colleagues set out to find “Wrinkles In Time”. They couldn’t find them at the level they started searching, 1 part in 10, so they searched at 1 part in 100, and then 1 part in 1000. But at that level the “noise” tended to obscure any pattern. Thus, there had been TWENTY YEARS of frustrating work in relative obscurity and there was a great sense of failure. So they put the data through some sophisticated analysis software in hopes of removing the “noise” and they found the “wrinkles’. Being good scientists, they reviewed the data and brought in an expert on such analysis and they could find no problem with their results. They were preparing to announce their great discovery when one of the team discovered that the “wrinkles” were a product of the sophisticated analysis software. So they re-did the software analysis and found “wrinkles” and announced their discovery to worldwide fanfare – champagne flowed, there were great celebrations and giddy talk of Noble Prizes. Stephen Hawking claimed it was “the scientific discovery of the century, if not all time”. Do you see the difference in not finding that something and not finding that something?

If that false alarm had not been discovered just before announcing it, there would have been exactly the same reaction as for the “real” announcement even though it was, at that point, baseless. There’s also been little if any critical thinking in mainstream cosmology about was the real announcement valid and even if the data was correct was the interpretation valid and was it the only possible interpretation. Yet, given the reaction to the announcement, who dares doubt the Big Bang’s Inflation epoch?

For a more detailed look at the abandoning of critical thinking regarding Special Relativity’s Twin Paradox, see the blog entry entitled “The Twin Paradox: Mainstream Rejection of Critical Thinking” .

Note well that even critical thinkers are not immune to losing that faculty. A critical thinker might question currently accepted theory and with great effort and many years of study develop his own pet theory alternative. However, once that’s done, it’s human to lose objectivity about criticism of one’s pet theory. One tends to think that anyone who attacks one’s pet theory must be a nut case at least regarding the pet theory. That’s not bad as we don’t want the pet theory to be discarded prematurely. Maybe it’s flawed, but the pet theory can still evolve. However, eventually if the theory has a fundamental flaw and yet is not abandoned, then it becomes like a Flat Earth theory and ceases to be science. What’s needed is a community of critical thinkers who interact and employ a true scientific method.

Critical Thinking And The Scientific Method (11)