In conjunction with the CNPS, the first Science Flix Film Festival is now accepting entries for the film festival from August 5-8, 2015 at the Florida Atlantic University in Boca Raton Florida.

To showcase science films and filmmakers that challenge mainstream science spanning the topics of scientific injustice, new science, challenging mainstream science, and science conspiracies. SciFlix will employ some of the best scientists working outside the mainstream to act as screeners and judges to all festival films along side film experts to provide a unique critique to all film submissions and winners.

Each film, lecture or edutainment video will be judged by a scientist and filmmaker using these Criteria:

For our first film festival, we accept all documentaries on science including dissident, mainstream, and even conspiracy. The film festival accepts all entries regardless of their production date or distribution history.

Become a Judge from Anywhere in the World!

We are looking for science and film judges for the film festival.  Good news is, you can do this from anywhere in the world!  All screenings will be online via the internet.  All you need to have is a computer and a decent internet connection. 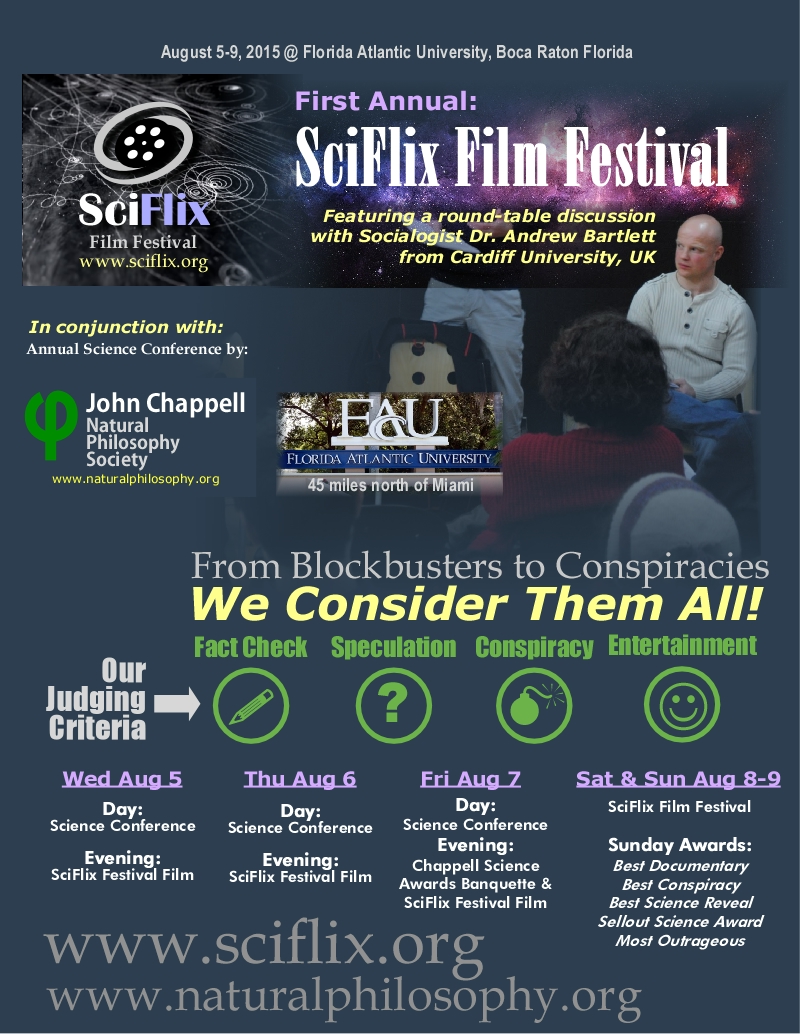