The atoms in a crystal are positioned with very exact separations. The atoms use the ether to accomplish their ordered separations. The ether is all that exists between the atoms. When an atom is moved a small distance away from its correct position this change affects the ether nearby. The caused effect is moving with the speed c in relation to the ether to nearby atoms. These changes produce correcting forces in nearby atoms. This means that the ether is transmitting positional information in 2 opposite directions between nearby atoms. 2 nearby atoms communicate thereby their positions by means of the ether. The speed of this information flow is c in relation to the ether.

Light is also a kind of changes in the ether that also move with the speed c in relation to the ether. By using light moving forth and back between mirrors in an interferometer Michelson managed to measure length by counting the number of wavelengths in light. The standard meter could therefore be defined by a number of wavelengths in light. We got an optical definition of the standard meter. 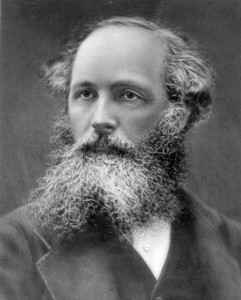 Maxwell suggested a differential method (MMX) with 2 arms in a right angle to each other whereby their optical lengths could be compared. It was predicted that a phase shift should be observable when the equipment was rotated around a vertical axis. This phase shift was assumed to indicate the state of motion of the ether v. However, such a phase shift has never been observed although the experiment has been repeated with increased precision many times over a period of 200 years. No phase shift.

In order to explain this phenomenon we must regard the fact that we have an information flow forth and back between atoms in 2 opposite directions simultaneously. We have also an information flow forth and back between mirrors in 2 opposite directions sequentially. The difference is between actions in parallel and in series. In both cases we get a subtraction of 2 effects. The total effects are equal. This means that the effect searched by Michelson between mirrors also exists between atoms in the test equipment defining the separations between these mirrors. The searched effect is therefore compensated by contraction of physical objects. This explains why MMX always must produce zero phase shift. This means also that the optically defined meter depends on the ether wind v to the same extent as the older mechanical definition.

The ether wind v (=bc with b<<1) reduces the length of physical bodies and the 2-way speed of light to the same amount namely in proportion to [(1+b)^-1+(1-b)^-1]^-1 also in proportion to 1-b^2. The second order effect of the ether wind on physical objects has not been regarded by Maxwell and Michelson. Therefore we have got a confusion in science for 200 years. By disregarding elasticity due to ether wind in matter Einstein invented elasticity in space.

Electrons in atomic clocks move forth and back in relation to the ether wind. This fact causes the kinetic energy in the electron to change during a period of orbit. A changing acceleration of the electron in the direction of the ether wind causes a difference in speed component transverse to the ether wind. A difference in electron speed in 2 opposite directions produces a second order effect in the orbiting frequency. Orbiting frequency therefore becomes proportional to 1-b^2 (b=v/c). Einstein did not observe dilation of clocks and invented therefore dilation of time instead.

Einstein based his mistake on an earlier mistake by Stokes. Stokes said that an ether wind transverse to the direction of light propagation could reduce the speed of light. Stokes was wrong since an ether wind inside a wave front cannot tilt the same wave front. In other words: The behavior of light cannot change due a motion of the defining mirrors inside their own planes. Light still takes the fastest way between mirrors. Therefore Stokes and Einstein together created the confusion regarding the concept of time.

Maxwell, Michelson and Stokes made mistakes before Einstein. However, this is difficult to see due to Einstein’s many errors. When the ether became a forbidden concept it was impossible to explain how the ether could change the length of a physical object and also change the orbiting frequency of a bound electron and also cause gravity. Chaos was created when Einstein moved from science into science fiction.