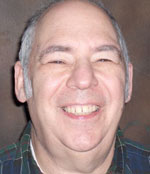 Carl is a semi-retired person with an (unfinished) interest in science and philosophy, and a B.S. degree in physics from a small liberal arts college. The technical and scientific work he has done has involved product testing and trouble shooting, research and development, reports and articles, and design work, including standards engineering. It has involved various products and processes within firms and labs. Some of my other hobbies and interests are history, politics, business, music. He lived most of life in the St. Louis area, but since 2003 near Philly.