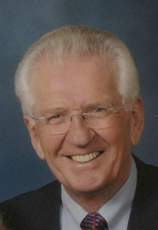 I was born in Belgium in 1929 and hold an MS in Electrical Engineering from the Catholic University of Leuven, Belgium.

After 15 years with IBM Belgium, I was hired by The Coca-Cola Company where in the 70's en 80's I masterminded the development of a generalized table-driven software system forCoca-Cola bottlers around the world.a.

Later in life I became interested in Einstein's Special Theory of Relativity. I soon found out that it was still controversial but that it was (reluctantly) accepted by a majority of physicists because it could explain a large number of phenomena and that a better solution had never been found.

By the time I retired in 1998, I knew that I would use my retirement to develop such a better solution. It turned out to be much more difficult than I had expected: it took about four years to come up with the initial ideas for explaining the null result of the Michelson-Morley experiment in classical physics and to explain the nature of magnetism, based on a model for the ether with tiny spinning rings.

After that the project expanded in multiple new directions (E=mc2, Quantum Physics, The Standard model of Particle Physics, General Relativity,the nature of matter waves, of Gravitation, of action at a distance, the structure of a photon and of neutrinos, etc.) and became an all-out effort for another twelve years.

The result was "Post-Relativity Physics" (PRP), a fundamental revision and enhancement of modern physics, first published on the internet in January 2011 and revised multiple times since then, culminating in 2015 in a major revision and improvement ofr PRP.

In 1975 he was transferred to Atlanta where he still lives with his wife Gaby. They have two children and six grandchildren.