Everyone should be aware of Hubble’s photos of the Ultra Deep Field, which by BBT calculations is only 400 million years old. It doesn’t seem to bother them a bit that the fully-formed galaxies they are seeing must have been at least 10 billion years old when the light from them started its 13 billion-year journey toward the Hubble telescope. These objects are now at least 23 billion years old, if they even still exist. The unobserved portion in the outer reaches of the NASA diagram is pure conjecture. The youthful objects predicted by the Big Bang Theory will never be seen because the Big Bang never occurred.

This is the UDF NASA page: 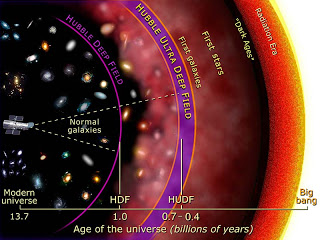 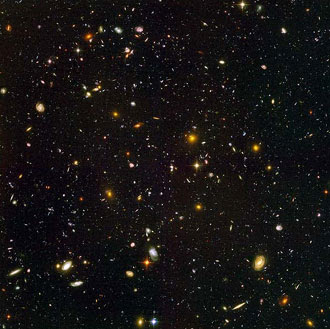 Close-up of a small portion of the above: 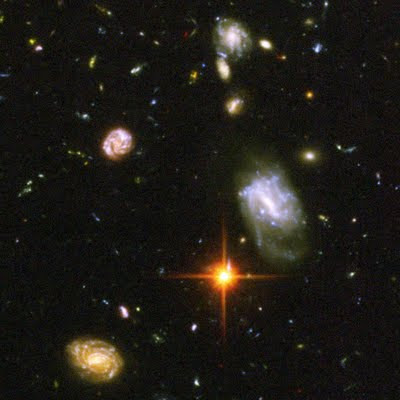