The Physical Meaning of E=mc2

The Physical Meaning of E=mc2

Although Einstein’s popularization of E=mc2 made it the most famous equation in history, few people understand what it actually means in physical terms. Many popular accounts maintain that it describes the conversion of matter into “pure energy,” often construed as a kind of matterless motion. Today, “dark energy” and “dark matter” are spoken of as if they were two different “things.” Some even hypothesize that the universe was filled with pure energy before it became filled with matter. This estrangement between matter and motion (separability) is common in popular culture and underlies the regression in modern physics led by Einstein. 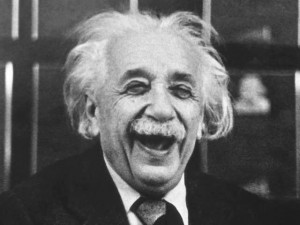 There will be no fundamental change in modern physics until we adhere to the opposing assumption, INSEPARABILITY (Just as there can be no motion without matter, so there can be no matter without motion). Without it, it is impossible to explain the physical meaning of the equation.

Energy actually does not exist and does not move. It is simply a mathematical description of the motion of matter. Matter does not “contain” energy, for matter only can “contain” other things in motion. Energy is simply a mathematical term necessary for describing and relating the various forms of the motion of matter. Similarly, Einstein’s objectification of spacetime led to the strange belief that the universe actually had four dimensions instead of three. Spacetime may be useful in some descriptions, but it is no more “real” than energy.

It is time to return to the two fundamental phenomena presented by the universe: matter and the motion of matter.

For more by Glenn Borchardt, visit his blog at http://thescientificworldview.blogspot.com/