The John Chappell Natural Philosophy Society (CNPS) is announcing its first annual conference to be held at Florida Atlantic University from August 5 to 8, 2015 in Boca Raton Florida. Members have been meeting annually for over 20 years and the theme of this new organization’s first annual conference is entitled “Science, Society, and Consensus” and will feature a roundtable discussion featuring Dr. Andrew Bartlett, a sociologist from Cardiff University in the United Kingdom.

The CNPS is devoted mainly to broad-ranging, fully open-minded criticism, at the most fundamental levels, of the often irrational and unrealistic doctrines of modern physics and cosmology; and to the ultimate replacement of these doctrines by much sounder ideas developed with full respect for evidence, logic, and objectivity. Such reforms have long been urgently needed; and yet there is no area of scholarship more stubbornly censorial, and more reluctant to reform itself.

The John Chappell Natural Philosophy Society (CNPS) will be holding its first Annual Conference. The members of the the CNPS are former members of the NPA and have been meeting over 20 years annually.

Home to over 35,000 students, Florida Atlantic University is a college in the beautiful state of Florida with great weather year-round. 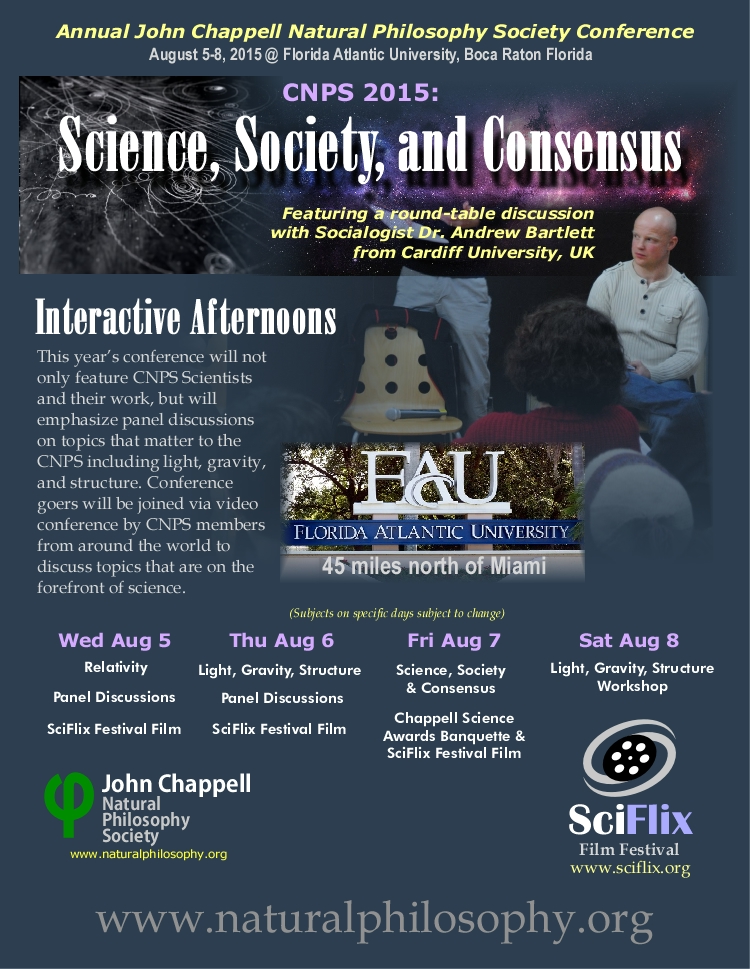