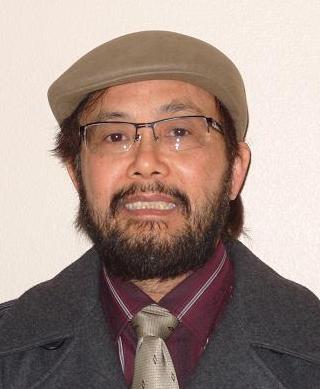 Like many retirees, Cameron Rebigsol spends much of his time in continuing activities and studies that he felt interested when he was a youngster but had no chance to put his hands on. They include traveling, ballroom dancing, music, history, social study, evolution, literature, and physics. Usually, jack of many trades ends up with not a single specialty in any trade. In Rebigsol's case, he cannot even say that he has made any sense to himself in any ?trade?, particularly in some topics that he feels he has been so locked out. Among topics that he feels most incompatible in understanding are relativity, evolution, and American democracy. These areas have been monopolized by theories from elites despite inconsistencies and contradictions. Rebigsol feels that new ideas need to be proposed. The few ideas Rebigsol feels earnest in proposing to share are:

Rebigsol puts his ideas on these three topics in a book titled Aqua Soil, which also offers a $50,000 award for anyone that can help Rebigsol rescind from believing Relativity as an erroneous theory. Aqua Soil is published by Xlibris in 2009 with ISBN number 978-1-4415-9284-2. Rebigsol has a website, which is: http://www.aquasoil.net/.

Rebigsol also has opinions that are different from those of modern astrophysicists. Mainly, modern astrophysicists believe that our universe begins with the Big Bang. Rebigsol believes that no matter how big the Bang is, once it bangs, its energy contents must be limited by a finite figure.  However, such limitation is not presented in our cosmological observation. Furthermore, if relativity becomes questionable, then concept of light cone should not be there to force people to accept that space and time are dimensions that are created by the Big Bang but have been left over as remnants, not to mention other dimensions that are said created by the same but have collapsed.Of course, if Big Bang is not a reality, then theory concerning how earth is formed should also be reexamined. Rebigsol has presented related ideas in a previous NPA meeting (see titles below) and he plans to publish his ideas in another book in the near future.