The John Chappell Natural Philosophy Society is now in full swing. After a long and sometimes painful journey for 95% of the NPA membership, we have successfully righted the ship, corrected some problems, and are now sailing full-steam ahead. This journey was made possible by several heroic CNPS members including Duncan Shaw, Lou Lalafollette, Nick Percival, Greg Volk, and Robert de Hilster. With the help of these amazing people, the following were accomplished:

Without the aforementioned people, this would not have been possible. There was great support of myself both logically and emotionally during these hard times and the CNPS is indebted to these individuals.

Nick Percival was instrumental in gathering a list of amazing candidates for the CNPS director including Dr. Cynthia Whitney, Dr. Glenn Borchardt, and Ron Hatch. They all are pillars in the former NPA and now CNPS and we are very grateful to have them on board. You can see the directors on the CNPS Directors page.

I am very honored to be elected the CNPS president following a long line of amazing scientists including Dr. Spencer Eberely, Dr. Francisco Mueller, Greg Volk, and of course, Dr. John Chappell, the founder of this organization. The importance of the presidency in my opinion is to set the direction for the group and with me being the CNPS webmaster and a person who has produced many events, I feel that I have some useful skills and ideas to continue to take this group in new directions and grow its visibility and membership.

Today, the internet landscape has changed. Where websites were the important meetings places, Social media and Facebook are now king. Whereas books were where people found world knowledge, Wikipedia is THE place where the world goes to find information. This means that our organization has to shift with the times to keep relevant.

For over 20 years, we have labeled ourselves as “dissidents” and trying to convince the mainstream, other scientists, and each other that there is a lot that is wrong in the theoretical world of physics and cosmology. This message has been a hard sell and our membership remains somewhat static with new people coming in at the same rate as people are lost. Our message also needs to change. I, as all of us, have tried different messages with mixed responses. We must come up with a new direction. 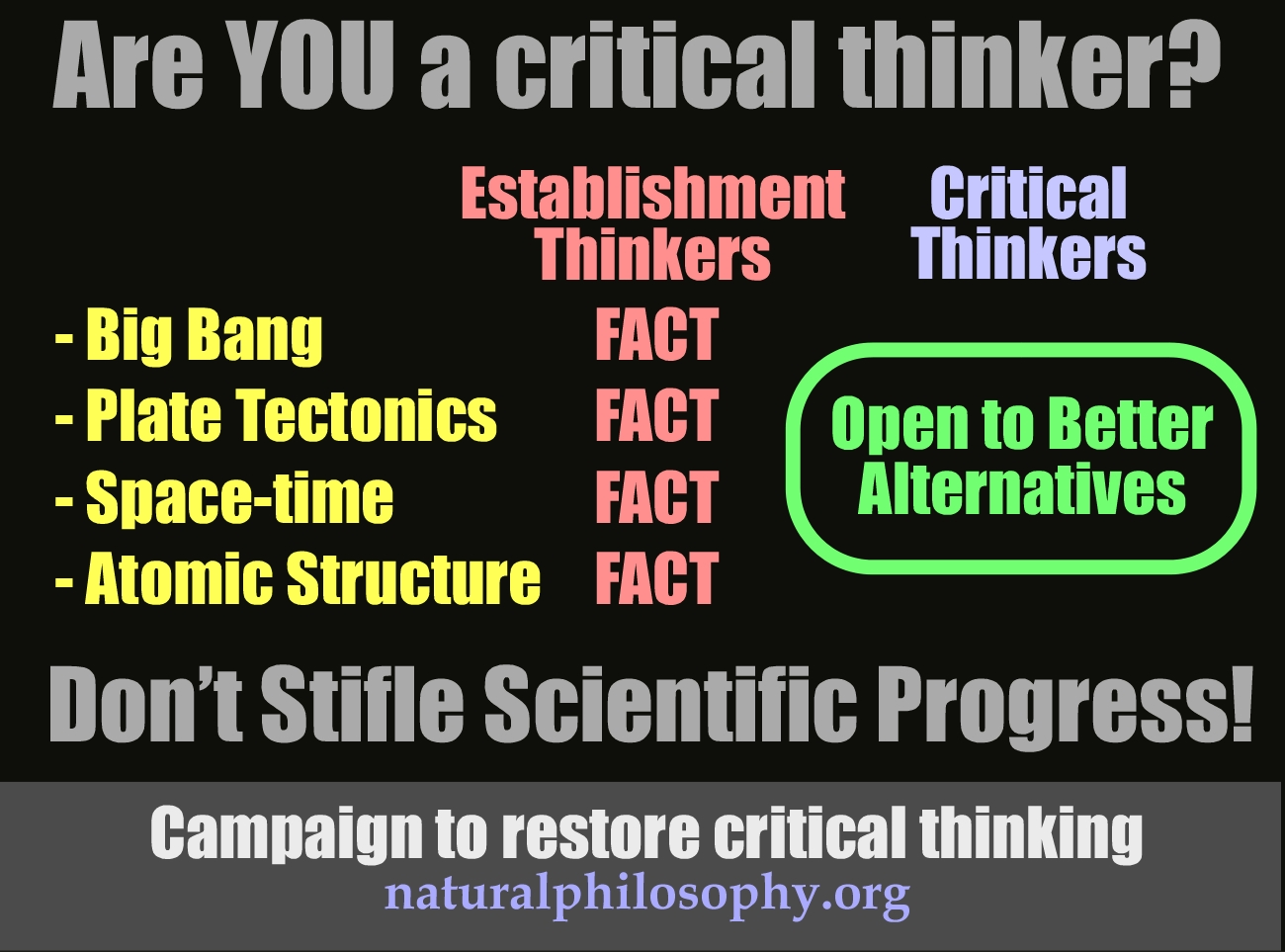 As one of my recent talks at our conferences suggests, I do believe that consensus in science is a mistake. The idea that there are one set of equations that rule the universe is a non-engineering and non-progressive idea. To progress, we need to challenge mainstream ideas of course and create new models and theories – something that has been done for over 20 years by this group.

Instead of fighting the mainstream, showing them wrong (we have enough data an papers on this to fill an entire library), we need to concentrate on the message type. Currently our message type is one of attacking and changing science. To us, that is what we like to do. To outsiders, it feels like an attack on science and even the love of science. People become defensive if you try to show them they are wrong, or believe in  something wrong. Instead of attacking the data and science, we need to create a social movement. One that is uplifting and has a positive message without claiming anything is wrong, or that we have all the answers.

The beauty of this “slogan” and campaign, is that it doesn’t commit to any consensus, new theory, nor condemns the old. It is a criticism of the way we are failing today to create critical thinkers in our schools and society. It is a more positive message but still allows for new ideas, theories, and even criticisms of current science.

A second campaign or movement involves the obstacle we face in the CNPS: the worshiping of science and scientists. Nobel Prizes, Einstein, and yes, even Tesla start to take on superhuman qualities that cannot be criticized. This has to stop. I therefore propose a second movement or slogan for our organization:

The second campaign is the “Campaign to restore GENIUS to human status”. We have to bring down the egos of those in science and those that love science.

This campaign is already working! I have been posting “memes” from our group on Einstein’s facebook pages which have over 17 million people. For those not familiar with Facebook, it is THE place on the internet for social media. There is where people meet and talk. When you publish something to a page with 17 million people, you can reach a lot, even it a small fraction. Below, I made a response that ended up with the highest number of likes which put my response at the top. This drives people to our facebook page and website. Here is an example of one person who is not affiliated at all with the CNPS that we converted from the Einstein Facebook page. Notice that 65 people liked our CNPS meme with one even agreeing with the premise stating that he is “fully on board with the critical thinking revolution”: 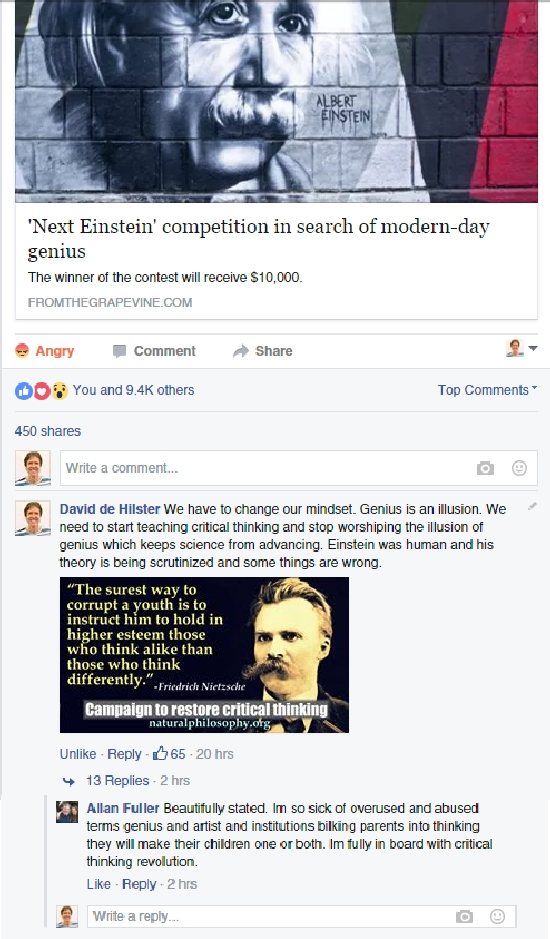 Remember, our memes are thought “provokers”, not trying to push any one theory given our them is to “Restore Critical Thinking”. Here are some examples of some of the more than 20 memes we have available on our memes page: 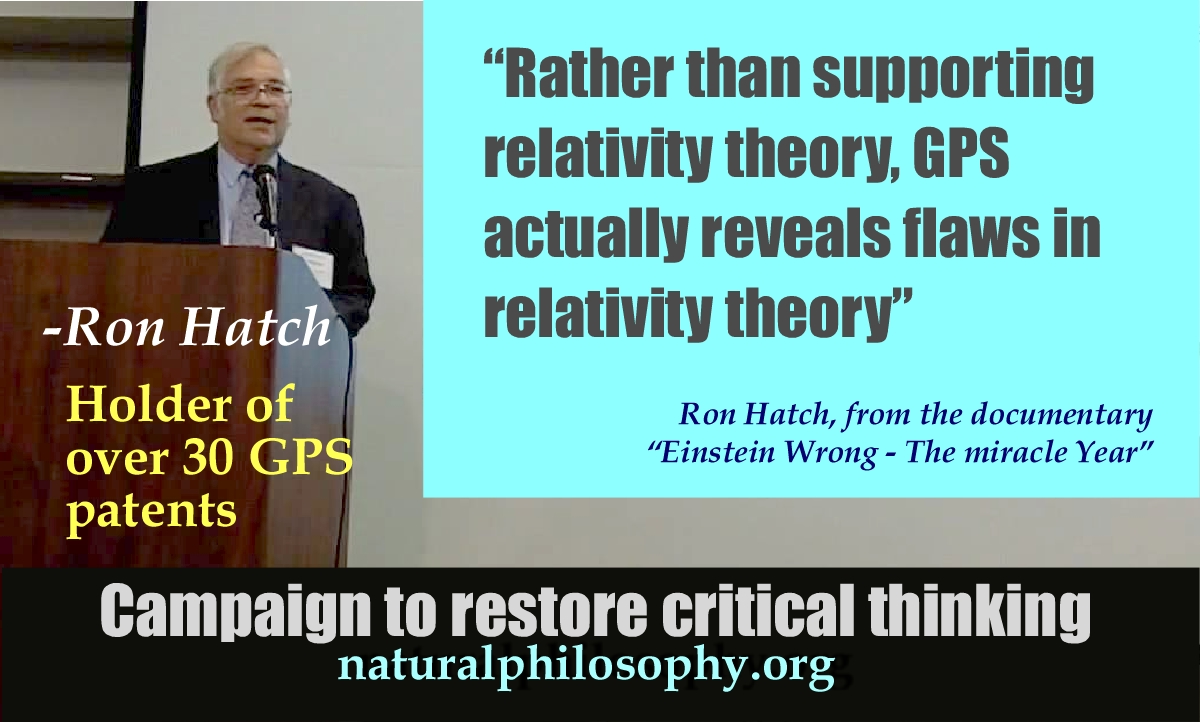 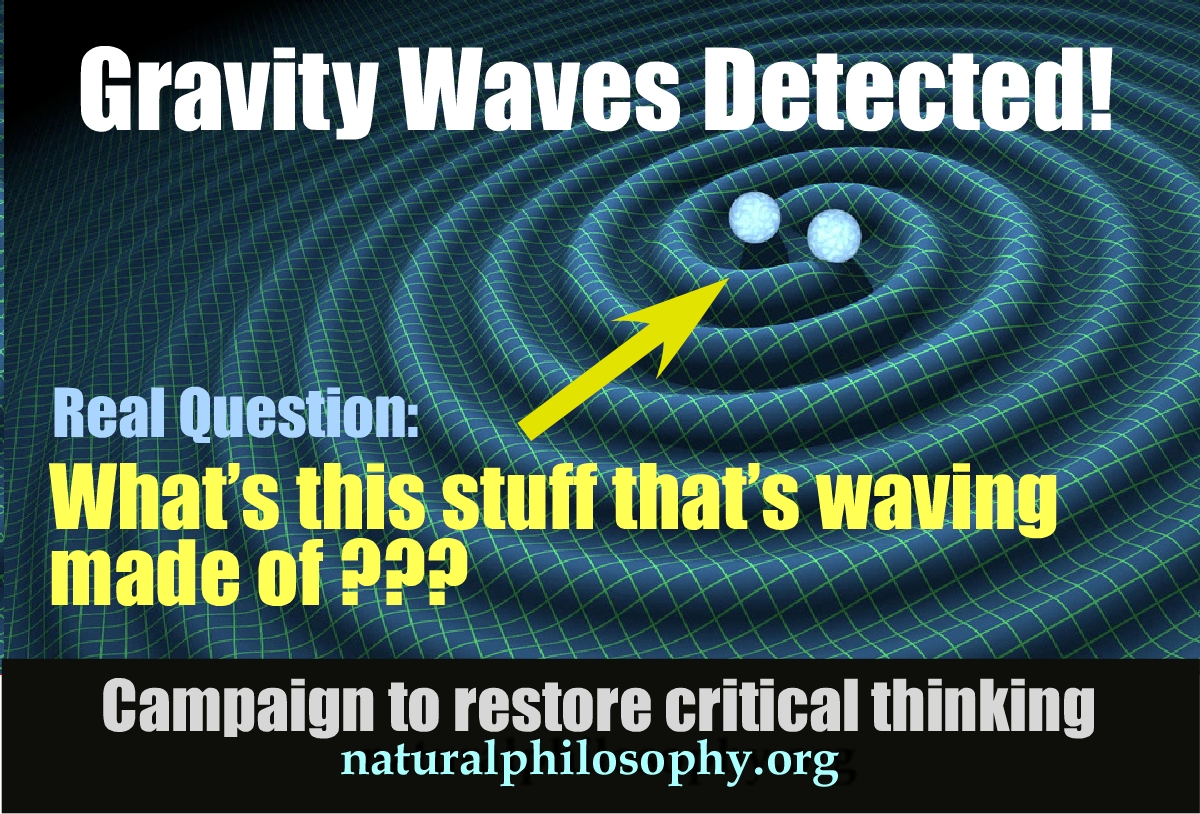 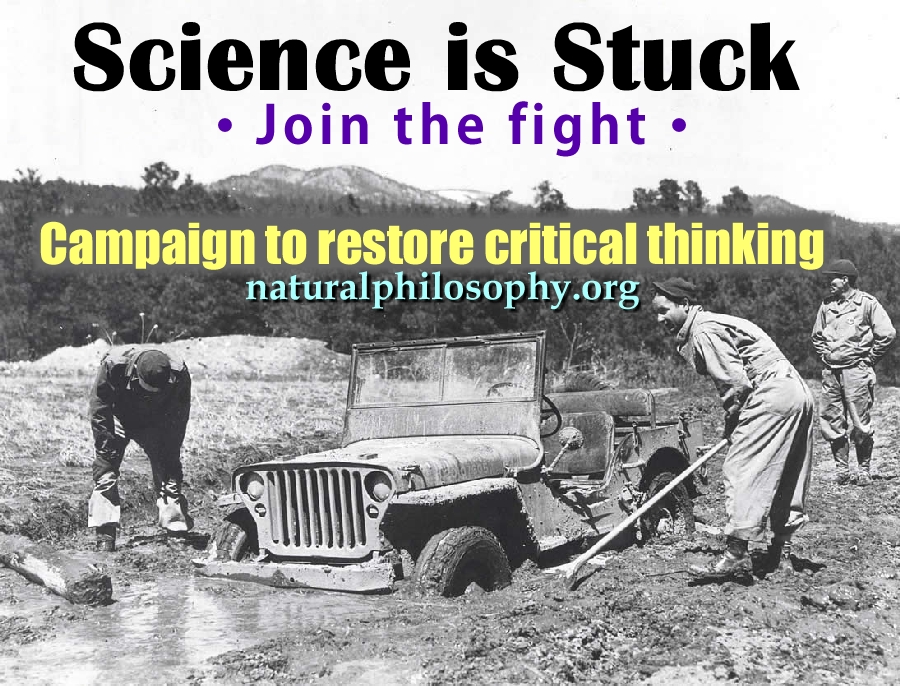 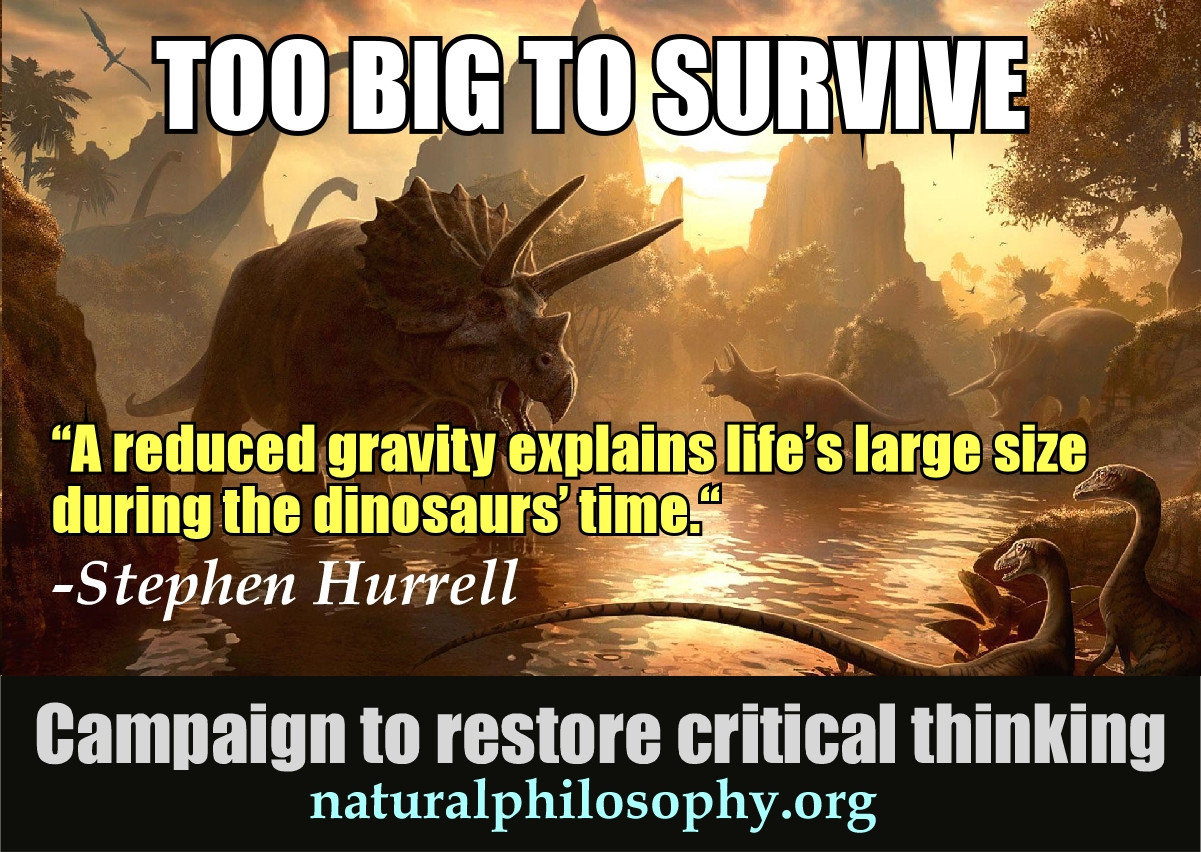 If you have any suggestions for memes, please send them to me at david@naturalphilsophy.org. I will be happy to entertain the suggestion!

Registering for the 2016 CNPS conference will start in full this month March, 2016. The conference will take place from July 20-23 at the University of Maryland, a popular spot for our group. There will be dorm rooms available as always. This year’s theme is “100 Years of Relativity” with Ron Hatch giving the keynote address on GPS and relativity. Ron Hatch holds over 30 patents in GPS and has been involved with our group for several decades. Several CNPS members have new books and others have updates to their books. This year, we will be allowing those with new or update books to talk on their book and their work for up to an hour.

Here is this year’s poster. Please note that things can change and that this is the preliminary version: