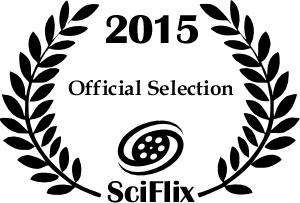 This SciFlix film festival is being held in conjunction with the John Chappell Natural Philosophy Socity (CNPS) at Florida Atlantic University. The science film festival is filling a need to feature films based on science that often criticizes mainstream theories such as the big bang, relativity, and plate tectonics. “My film has been very popular at public screenings but after submitting it to over 60 film festivals world-wide including Cannes, Sundance, SilverDocs, and the like, the gatekeepers at these film festivals seem to reject any films that go against mainstream science or science gods like Einstein”, states David de Hilster, SciFlix founder and director of the film “Einstein Wrong – The Miracle Year“. “But instead of stopping there, we decided to take this idea of a science film festival one step further by critiquing both mainstream films as well as the conspiracy films to show the public that both can suffer from bad scientific assumptions.”

The SciFlix film festival has a unique rating and judging system in that documentaries will have two sets of judges: one scientific judge and one traditional film judge. The rating system incorporates four categories: science fact, speculation, conspiracy, and entertainment.  This is unique in that films that are entertaining could in fact score poorly on their science. Mainstream documentaries such as “Particle Fever” could get high ratings for entertainment but poor ratings scientifically from festival judges.

The SciFlix film festival also has incorporated a section for the best lectures on science outside the mainstream and welcomes everyone including the scientists of the CNPS to nominate films, lectures, and the like at http://www.sciflix.org/nominate/.